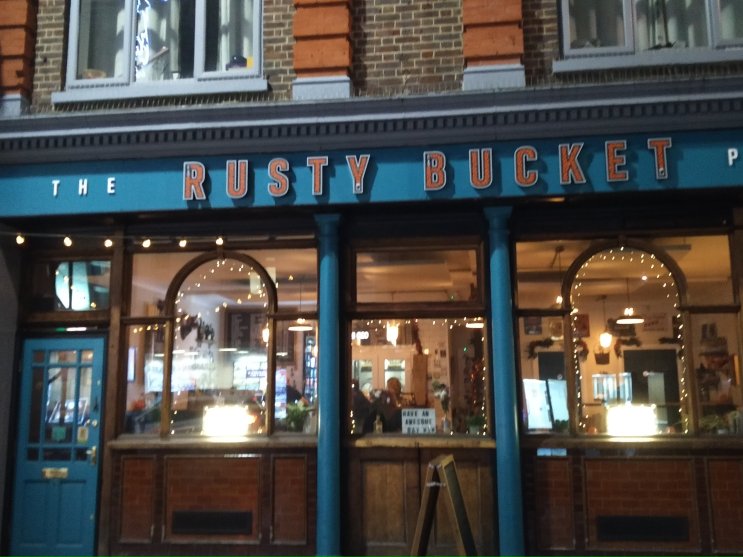 A few doors along from Eltham ‘spoons, yet a million miles way in practically every sense except that they both sell beer.

Granted, it has a few nailed on (in some cases literally) craft pub clichés: pump clip badges, white tiles, some kind of artisan pork pie offering under a glass cake display and a few Belgian enamel beer ads. But these can be forgiven, particularly the enamels – the only fault with these being there aren’t enough. Wood is everywhere, but well done. Keykeg stools are as good a use for these spent, environmentally hazardous dispenses as any. Lighting looks the north end of pricey, but its nicely done. 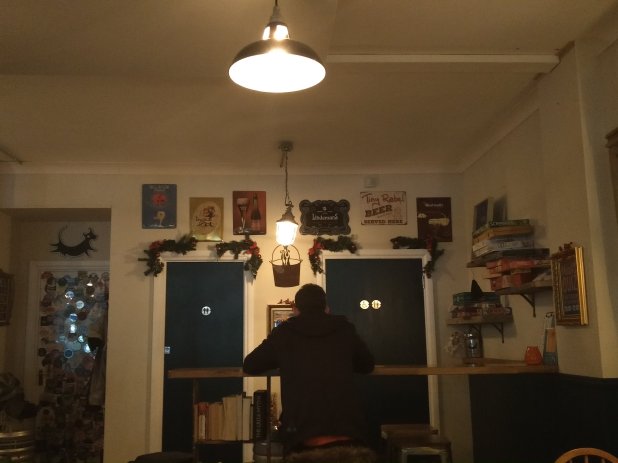 Views that include an estate agent and a newbuild block of flats could be better, but this is Eltham and neither the pub’s fault nor anything to detract. In fact, it only serves to demonstrate just exactly what you’re escaping when taking refuge here. And take refuge you might, because the beer choice is terrific. Not too many, but a wide selection on tap that keeps you interested. And a decent, not-overwhelming bottle and can menu, though I’m jiggered if I can work out the order they are listed in.

On this dreich late November afternoon the orange hue inside is beguiling and inviting. There’s nothing beyond belief about the piped music either – though I’m singing along more often than I usually would. there are books on Boeings, board games, barrels, bottles behind a barred window and a bowtied, unfeasibly small (hopefully fake) hunting trophy. Plenty to look at and occupy the wandering eyes and meandering thoughts of the lone drinker. 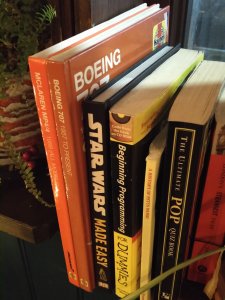 What it does have – an increasing rarity in an era when there are almost too many places opening up without it – is a general ambience of having been a part of the furniture for far longer than it has been. And a corresponding sense of consummate ability as a result, the kind that makes you want to stick around. And return.

You hope places such as this have a part to play in drinking culture now and in the future. Somewhere that gets the basics and more right. That doesn’t feel threatening or over-complicated. Somewhere that offers a range as easy or as complex as you want it to be. It’s not as claustrophobic as some micropubs, but it’s cosy enough to reassure you things won’t get out of hand. A really pleasing example of how to make a modern, craft-oriented bar feel like a pub that’s lived in and living. 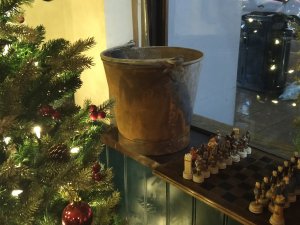 One minor blemish: Wonderwall. No one needs to hear that again. Bit given that only lasts a few minutes, it can just about be forgiven. In this part of town, it’s this little corner that’s the wonder.