I had hoped to have written up every pub while sitting in it drinking beer and soaking up the ambiance. Make of it what you will that I genuinely couldn’t bear to spend longer than it took to drink one pint in this place. Certainly not anywhere near long enough to write anything other than ‘horrendous’ as the description. 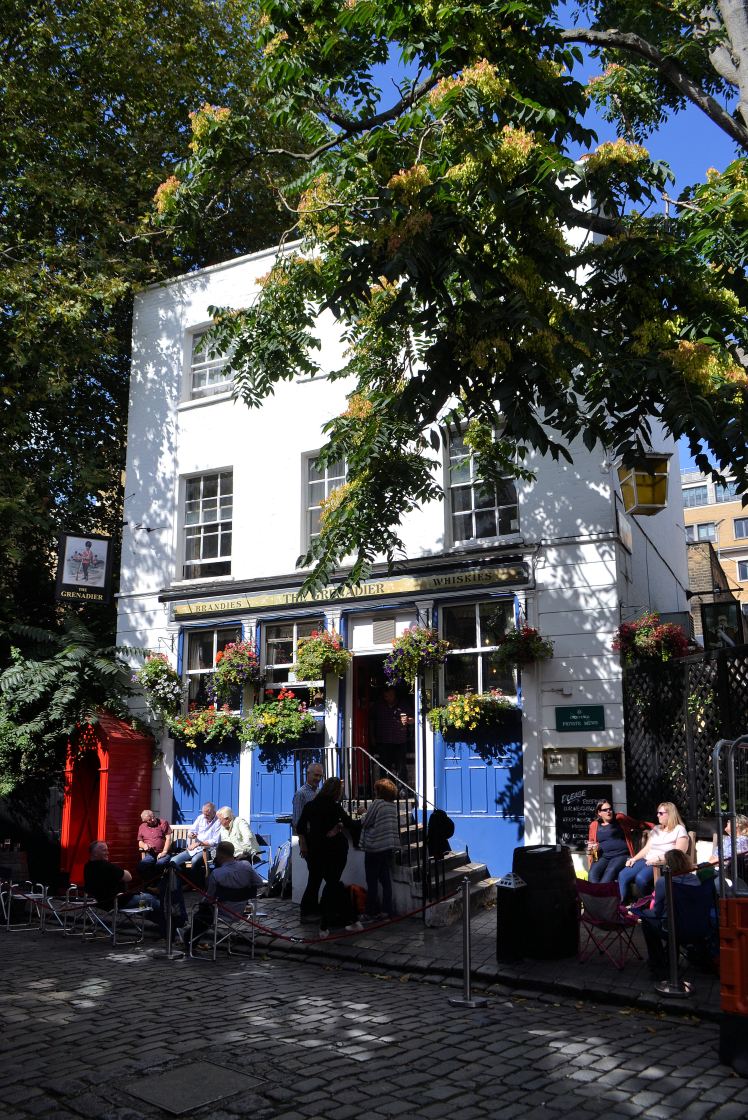 It’s not overly generous to judge a pub by its clientele, though often that can prove a good barometer. For The Grenadier, it’s the litmus test. Within moments of entering a pub that bills itself as London’s most haunted (oh, do fuck off), the feeling you’re not wearing the right tie is overwhelming. And there’s no point in trying or guessing; you just aren’t. No-one will say so – though they’re loud enough to make sotto voce a complete irrelevance – but you can feel the look from their over-pudgy red eyes nestling in malt whisky etched faces burning into you as you order. And from a distinctly lacklustre selection at that.

The stench of privilege and exclusivity overpowers all the halfway interesting features, such as the banknotes stuck to the ceiling or the tumbledown stone staircase leading up to the entrance that is straight out of a tiny Cornish village best avoided after a few drinks. The village and the staircase, in case you were wondering. It’s not something you can escape either, unless you opt to eat in the overly generous dining areas that ruin what could be secluded drinking bolt-holes and spoil the flow of the pub.

Step outside, into the hallowed estates of the Duke of Westminster and you really soak up the sensation. And that’s of overfed middle-aged public schoolboys bellowing above the background hubbub of whinnying office girls and besuited lickspittles currying favour with their corpulent masters while fanning their frills in ever-more desperate, bizarre and at the same time entirely predictable courtship rituals. No matter that this place has some history, is handily placed for the park and is housed in a fine-looking building that promises atmospheric interest come winter. All that is trodden underfoot by the blunderbuss rantings of the punters. One to avoid.